What To Do If You’re Being Stalked or Followed?

Stalking is a type of harassment and the impact on the victim can range from being annoyed to distressed. Whether it’s someone you know, or a complete stranger, stalking can be very serious, and whilst you may not feel scared straight away, sometimes stalkers escalate their behaviour and it can result in very dangerous situations for the victims and their family or friends.

If you need professional help, the team at Delta 74 Private Investigations can assist with expert counter surveillance services.

Stalking is a kind of unwanted attention that alarms or distresses you. It could be a matter of repeated text messages or emails, or it could be that you’re being followed, spied on or someone is regularly coming to your home uninvited, and it can easily escalate to threats, bullying and even violence.

It could be anyone, a stranger, ex-partner, family member, friend or colleague, or even someone you met once, briefly at a bus stop. No matter the person, or the actions, stalking should always be taken seriously. Ignoring harassing behaviour can lead to an escalation of the behaviour from the offender in order to get the desired response from you, so it’s important to recognise what’s happening to you and report it to the police as soon as possible.

Yes, stalking is illegal. The Protection of Freedoms Act 2012 created two offences of stalking within the Protection from Harassment Act 1997. However there is no specific legal definition of ‘stalking’, but examples cited include following a person, watching or spying on them and forcing contact, and it includes cyberstalking via the internet and social media.

The effect of stalking is that the victim feels they must be careful, and may have to change their routines or curtail their freedom to avoid it and protect themselves.

Often victims of stalking are also victims of other offences under other legislation, such as The Offences Against the Person Act 1861, The Sexual Offences Act 2003 or The Malicious Communications Act 1988.

Are You Being Stalked?

Some victims of stalking may feel that what’s happening to them does not warrant police involvement. They might think it’s a minor inconvenience and will stop if ignored, or they may not know how to collect the evidence they need to take to the police. Examples of stalking can range from repeated but unwanted ‘nice’ gestures, to threats and even violent acts. For example:

Many people who are being stalked will ignore the unwanted attention in the hopes that the offender just gets the idea and moves on. However, if the behaviour continues, or gets worse, it can be very scary. Whether you live alone and fear for your own safety or you have a family and you’re concerned for them, the sensible thing to do is report it to the police as soon as possible.

If the behaviour continues you may need to gather your own evidence to prove the stalking and prompt the police to take action.

Personal safety, and keeping your information private online can reduce the amount of information a potential stalker can find out about you. For example:

Gather Your Own Evidence

If you’ve taken steps to protect yourself, and reported the stalking to the police, but the behaviour is continuing, it can be difficult to know what to do next. The police may have even issued the stalker with an injunction, warning or a restraining order that is being ignored. In cases like this, it is likely that the offender will become more sneaky in their actions, making it difficult for you to document and evidence the pattern of behaviour and difficult for the police to act.

Keep a detailed record of all communications and instances of harassment. Include dates, times and locations. This may help the police to gather CCTV evidence of the offences. Also make a note alongside each entry of the effect the stalking is having on you; how do you feel and what actions are you having to take to protect yourself. For example, you may feel scared and have to change your commute, making you late for work.

If your stalker is coming on to your property, such as in your garden or driveway, (perhaps they’re hand delivering letters, or vandalising your property) a well-placed, hidden camera can catch them in the act. You can then record all the instances of stalking to prove the pattern of harassment.

If your stalker is following you, perhaps forcing contact at places you can’t avoid, such as the school gates or your workplace, you can carry a hidden camera to record every conversation and contact.

Whilst it may be tempting to throw out all letters and gifts, and delete all texts and emails, it is so important that you save all of these communications to support your case.

Audio recorders can be used to record in-person conversations or phone calls. Not all recorded phone calls can be used as evidence in court, if they have been obtained without consent. However, in most cases the court will find the evidence admissible, so long as it’s in the public interest to do so.

Whilst the offender may not identify themselves over the phone, the evidence gained in a phone call, even if the stalker doesn’t actually speak, can be combined with other evidence to reinforce your case.

If you are still being stalked and are struggling to prove it, the police may be unable to help you.

This can often leave victims feeling scared and like they have nowhere to turn. In cases like this, hiring a professional private investigator is the next logical step.

The team at Delta 74 Private Investigations can help you establish good personal security and teach you a variety of anti-surveillance measures to protect yourself. We can also work for you as a professional counter-surveillance team to discreetly gather video, audio and photographic evidence of the offender’s behaviour that can be presented to the police and used in court.

All the investigation work we carry out and the evidence we obtain is done so legally and so you can rest assured that we can gather the proof you need to instigate civil or criminal legal proceedings.

If you’re being stalked and don’t know where to turn – contact us today. We treat every case with the utmost sensitivity and professionalism and will support you to feel safe and protected. 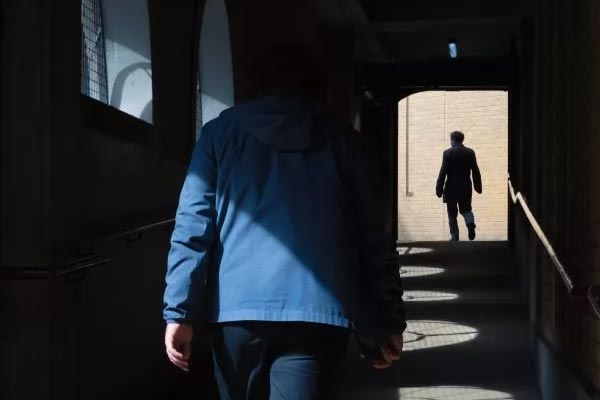