Surveillance – is 2 better than 1

At Delta 74 Private Investigations we only ever deploy on a surveillance job with a minimum crew of two people. Factors dictate, however we can always bump it up to three/four or more but ALWAYS a minimum of two.

Why Do We Do This?

Purely because there are so many scenarios that can unfold during a surveillance period and one person alone just cannot cover the majority of the scenarios on their own. Such as a subject of investigation coming out of a property and onto a bus… bus goes down a bus lane and into Nottingham city centre and the subject of investigation then gets into a taxi. Now working alone, you either follow in a car and lose the bus in Nottingham city centre or you follow on the bus and lose the subject in the taxi. Cheating partner subjects often do this to dodge a surveillance crew!

Now a surveillance crew of two can do both the car follow and bus follow and not only that, they can swap if needed. Saving each agents exposure to the subject and keeping control without looking out of place.

The main benefit of two-person teams is the amount of imagery that is gained. Effectively you’re doubling your camera capability thus resulting in more imagery and more coverage ready to get the evidence if it presents itself.

A problem we have is that the films make it look doable alone yes but that really is one part of fiction that is very far-fetched!

We understand in the current economic climate the budget for an investigation is always the main factor but we cannot justify deploying one person for a client and having what we call a ‘loss’ straight away which could have been easily avoided if it was a surveillance crew of two.

I must stipulate a ‘loss’ can and does happen with a two-person team and sometimes is just completely unavoidable and is no reflection of the team’s skills but a lot of one-person surveillance losses occur at the first sighting of the subject. The subject exits a property, gets into a car and drives away. The lone investigator is then doing a lot of things at once and isn’t completely focused on one thing being either getting footage/photos or keeping control which results in a ‘loss’.

I am biased against a one-person surveillance but there are times I admit, that do benefit just one person deployed.

These include rural deployments or static observations which are both where one person watches a specific property/area/vehicle and no direct follow is needed.

Another example is where surveillance has been completed numerous times and a pattern of life has been built up for the subject and technical devices have been employed as aids to the surveillance. Thus, keeping control is more from the technical device itself. If a loss occurs procedure is in place which would generally result in a ‘regain’ as the pattern of life has been gained already.

This still doesn’t mean there won’t be a loss but sometimes, too many on the team can be too much of a surveillance presence which is much more detectable. Especially the longer the surveillance takes place on the same subject of investigation.

For us in the private sector, where the use of vehicle trackers is a grey area it is safer to use two-person teams than one person with a vehicle tracker deployed. A vehicle tracker cannot be guaranteed to be completely black and white if that matter went to court and in turn runs the possibility of rendering the surveillance evidence unusable.

As always though, the situation dictates so as investigators we will look at all options available to us to achieve our aims for our clients. Remaining flexible and adapting to the situation is what will ensure we get results and the evidence if it presents itself, all the while doing it in a covert and legal way.

The fact we only use two person crews is why we are one of Derby’s Top 3 Best Rated! 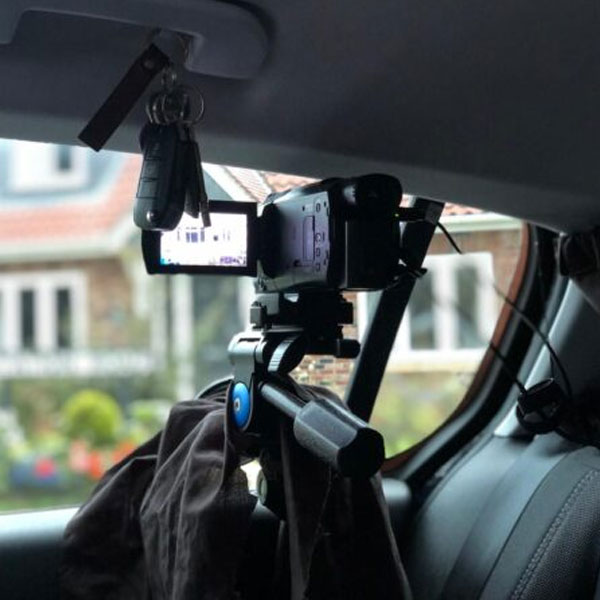