Menu
No products in the basket.
£0.00 Basket

Being cheated on is a highly-unpleasant experience for anyone to go through, but sadly, it happens a lot. According to HackSpirit, having an affair is the number one reason why both married and unmarried relationships end around the globe. But who is cheating, why are they doing it and do men cheat more than women or vice-a-versa?
Overall the numbers regarding cheating partners remain exceptionally high. HackSpirit have said that 40% of unmarried relationships and 25% of marriages will experience at least one instance of infidelity. Worryingly, the Journal of Marriage and Divorce has stated that around 70% of Americans will cheat at least once throughout the course of their marriage, with the General Social Survey claiming that; “20% of men cheat compared to 13% of women”.
However, the LA Intelligence Detective Agency stipulates that the numbers are actually far higher:

Why do people cheat?

Typically, the reason why someone might choose to cheat on their current partner is because they’re unhappy, dissatisfied or are having other problems in their relationship. However, the LA Intelligent Detective Agency says; “Statistics show that 56% of men and 34% of women who commit infidelity rate their marriages as happy or very happy. This makes the reason people cheat a little harder to dissect and comprehend”. So why do people cheat, exactly?

What goes on in the mind of a cheater?

The answer to this question can only be pondered as each case is different and everyone cheats for different reasons. However, as previously stated, men and women are motivated to cheat for varied reasons, as has emerged in polls carried out across the world.

Fatherly states; “Men are more prone to casual and opportunistic cheating, which plays a big part in why they get caught. Infidelity, for many men, is evidence of recklessness. For women, however, cheating may be evidence of a more thought-out plan to address perceived needs. The potential costs of being sexually reckless is otherwise too high. Intimate partner violence, which one out of three women experiences at some point, is often triggered by infidelity”

A study conducted by HuffPost found that the majority of those they surveyed cheated with a person who they found to be less physically attractive than their spouse. However, 25% of cheating men found the person they were seeing to be more interesting than their spouse.

Bride Magazine found that there are four main traits found in those who are most likely to cheat, including:

According to Mark Manson, a person will cheat “when one’s need for self-gratification outweighs their need for intimacy”. In other words, feelings of lust and desire that come about in the moment will far outweigh the need to be loyal and respectful to the person they love and the relationship they have waiting for them at home. In most cases, an affair comes about due to plain temptation and opportunity rather than going out of their way to plan and be deceptive.

How do people meet the individuals they cheat with?

Superdrug Online Doctor found out who it is people are cheating on with and, unsurprisingly, it varies slightly depending on whether the cheater is a man or a woman:

If you suspect your partner is cheating on you and you want to be absolutely sure of it before confronting them about it, then you should look to Delta 74 Private Investigations to help you confirm their infidelity. Whether you suspect your husband or boyfriend of cheating or think your wife or girlfriend is having an affair, then we can conduct a specific, in-depth investigation to help put your mind at rest.

Our meticulous cheating partner investigations are conducted by highly-trained, fully-qualified professional private investigators who always put you at the heart of their operation. We understand how difficult this time will be for you and so you can always count on us to be as compassionate and as sensitive towards your case as possible during this tough period. When you first make contact with us, we’ll listen to everything you have to say.

For more information about the cheating partner investigations we’re able to carry out, get in touch with a member of our specialist team today – we’re always happy to help you. 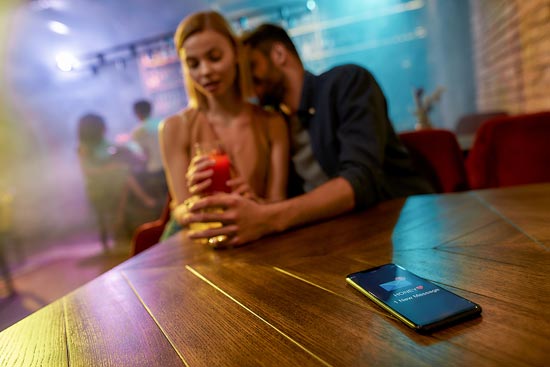